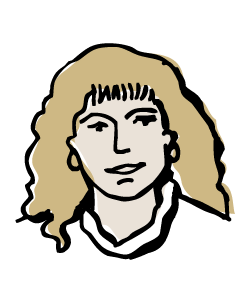 Many trucking companies claim their drivers are independent contractors, which would make the drivers personally responsible for paying compensation to victims for accidents. However, this claim isn't always true. Some companies purposefully misclassify workers as independent contractors to avoid liability for employee behavior and other issues. Here's what you need to do to prove that a truck driver was the company's employee so you can sue the company for damages and losses you suffered because of the driver.

Show Level of Control Over Driver

The primary thing that distinguishes employees from independent contractors is the level of control the company has over workers' behavior and finances. Independent contractors work for themselves. Thus, they are responsible for determining how much they get paid, the hours they work, how the job gets done, what they wear, what tools they use, and so on and so forth. Employees, on the other hand, have these thing dictated to them by the company.

You can make a good argument that a truck driver is an employee of the company if it appears the company exercises a great deal of control over the person's work. For instance, if the company requires the driver to wear a uniform, put the company's name on his or her truck, and tells them what days and hours they are required to work, then there's a good chance the person is an employee.

The IRS has information on how to tell the difference between an employee and an independent contractor, which may prove helpful in your case.

Show the Company Owns the Truck

This is particularly true if the company is making unlawful deductions from the drivers' salaries or appears to have a lot of control over their work. For instance, one California company was penalized over $107,000 for misclassifying employees. Some of the red flags included the company charging drivers weekly truck rental fees and failing to reimburse the people for certain expenses.

Proving the company owned the truck can help raise important questions about how the company's true relationship with the drivers, which may lead to revelations that can prove beneficial for your case.

A third option for proving a truck driver is an employee rather than an independent contractor is to show the person is receiving or has received employee benefits. Health insurance, pension plans, and paid sick days and vacation time are just a few things employers give to employees that independent contractors must provide for themselves. Therefore, if a driver has received any of these benefits, chances are pretty good the person is a company employee.

There are other ways you can disprove a trucking company's claim that a driver is an independent contractor. For assistance with this issue or help with other aspects of your truck accident case, contact a personal injury attorney.